Plastic, rubber, and metal injection molding and, more recently, rapid molding techniques have been major contributors in global manufacturing. A variety of processes and equipment can be used, depending on volumes, materials and turnaround time, and whether parts are prototypes or finished ones. The rise of rapid molding for fast delivery of high-mix, low-volume products and prototypes, and new ways to make molds such as 3D printing, are changing the way design engineers use injection molding in product development and production planning. 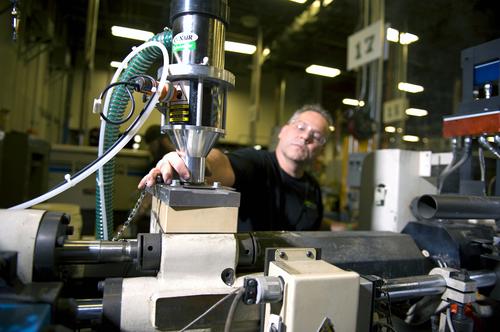 Traditional molders are usually full-service . They are all about injection molding tools that last forever, and about speeding up injection. They do a lot of value-add services like assembly or painting. Tooling used by these services tends to be made of hardened steel; hundreds of thousands to tens of millions of parts are made from multi-cavity production molds.

Rapid molding is newer. It serves the need for making multiple variations of a single product in somewhat lower volumes -- 25 to 1,000 units instead of 100,000 or more. These products and all their components must be prototyped exactly, in all those variations, using exactly the materials they will be produced with.

The resulting increase in SKU proliferation is caused by several colliding trends. First, globalization has produced effects, as described by Barsness. "Say you make a household product or a communications device, and you want to sell it around the world," he said. "Your market used to be the US, but now there's the Chinese market and other countries, like Brazil. Customers in those countries have different values and tastes, whether it's a car or a thermostat." Those countries also have different regulations, such as those for safety, and different specifications, such as for electrical voltage, which effect part variations. 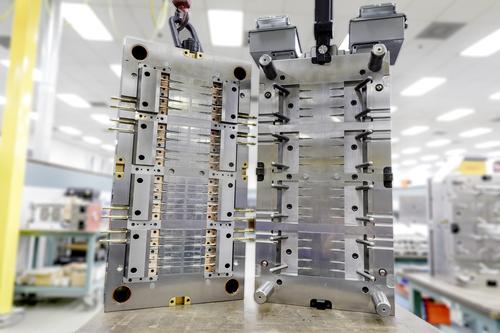 Trends related to energy and environmental friendliness are also driving changes in product designs. Lightweighting is major, especially in anything that moves.Also, LEDs are being used everywhere for their ability to reduce the power, size, and cost of lighting, and they can be packaged almost any way imaginable. On many of these LED-enabled products, the entire assembly can include five to 10 different injection molded parts.

A third set of changes is due to increases in product connectivity and automation. The Internet of Things has engineers putting sensors on just about anything, from household appliances to industrial products. "Now the design engineer has to get 10 different prototypes of 10 different products for 10 different countries, all of them have LEDs, and they've all got to talk to the Internet," Barsness remarked. This is where rapid molding services come in.

Rapid molding tooling is typically "soft," represented by aluminum instead of steel, for a much lower cost. Rapid molding, of course, has a much faster turnaround. A traditional molder, using a high-volume production mold, could typically take a few months to deliver entire part runs, but the average rapid injection molder delivers parts in 25 to 45 days.

Before rapid molding begins, prototypes are also made with production-grade materials. Typically, a customer sends three to five iterations of a design, and cuts a different mold each time. The industries serves tend to be those with some regulation or a high amount of product churn.

Metal injection molding is booming, and new low-alloy-steel options for prototypes and low-volume production parts: two nickel-steel materials -- Catamold FN02 and FN0205 -- and a chrome-moly material, Catamold 42CrMo4. These create metal parts that, when heat-treated, are wear-resistant and can be coated for further protection in post-processing. Aside from the firearms industry, other uses include components for automotive engines and transmissions and consumer goods such as power tools.